WELLS & ALL VILLAGES IN BA5 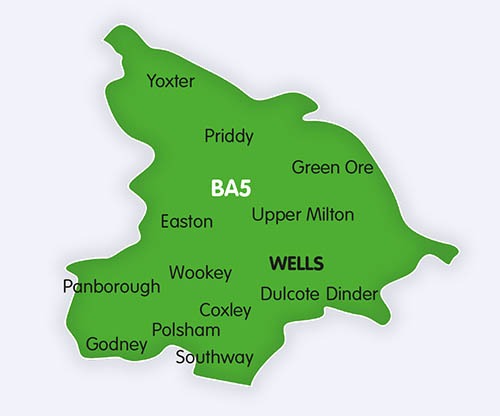 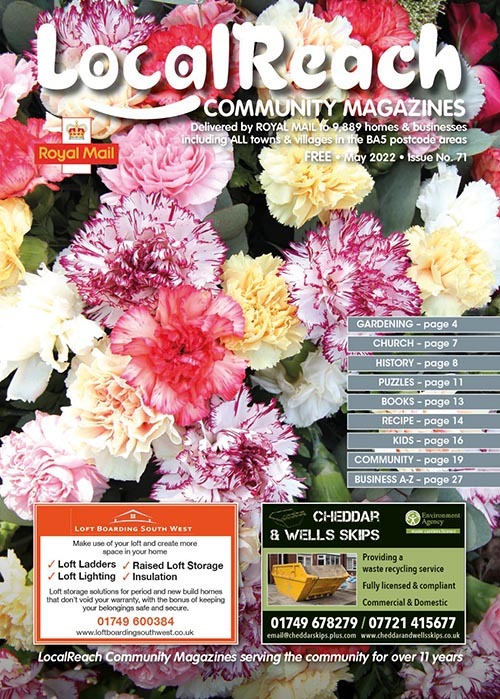 Wells is a cathedral city and civil parish in the Mendip district of Somerset, on the southern edge of the Mendip Hills. Although the population recorded in the 2011 census was only 10,536, it has had city status since medieval times, because of the presence of Wells Cathedral. Often described as England's smallest city, it is second only to the City of London in area and population, though not part of a larger urban agglomeration.

The name Wells comes from three wells dedicated to Saint Andrew, one in the market place and two within the grounds of the Bishop's Palace and cathedral. A small Roman settlement surrounded them, which grew in importance and size under the Anglo-Saxons when King Ine of Wessex founded a minster church there in 704. The community became a trading centre based on cloth making and Wells is notable for its 17th century involvement in both the English Civil War and Monmouth Rebellion. In the 19th century, transport infrastructure improved with stations on three different railway lines. However, since 1964 the city has been without a railway link.

The cathedral and the associated religious and architectural history have made Wells a tourist destination, which provides much of the employment. The city has a variety of sporting and cultural activities and houses several schools including The Blue School, a state coeducational comprehensive school originally founded in 1641 and the independent Wells Cathedral School, which was founded possibly as early as 909 and is one of the five established musical schools for school-age children in the United Kingdom. The historic architecture of the city has also been used as a location for several films and television programmes.