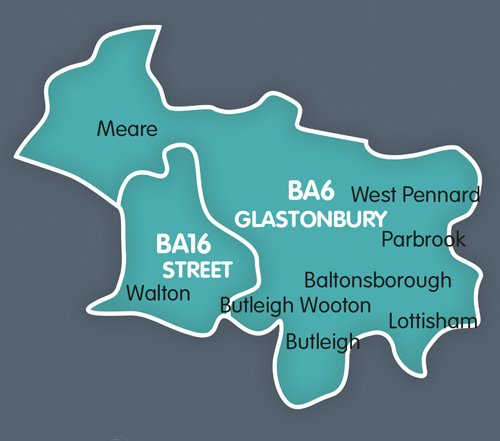 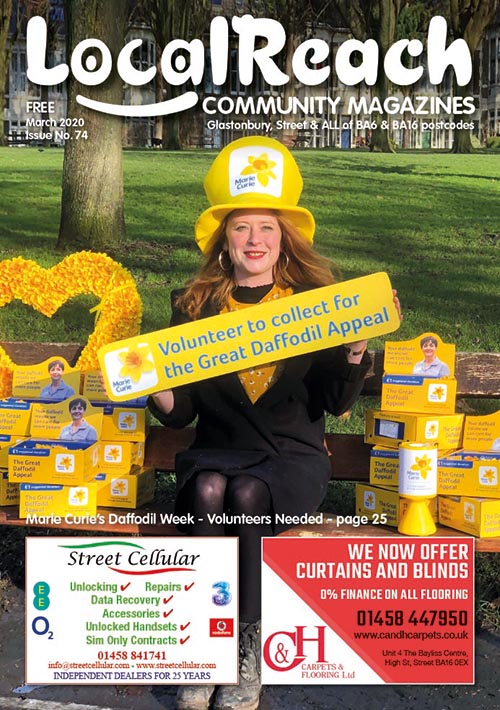 Glastonbury (/ˈɡlæstənbəri/) is a town and civil parish in Somerset, England, situated at a dry point on the low-lying Somerset Levels, 23 miles (37 km) south of Bristol. The town, which is in the Mendip district, had a population of 8,932 in the 2011 census. Glastonbury is less than 1 mile (2 km) across the River Brue from Street, which is now larger than Glastonbury.

Evidence from timber trackways such as the Sweet Track show that the town has been inhabited since Neolithic times. Glastonbury Lake Village was an Iron Age village, close to the old course of the River Brue and Sharpham Park approximately 2 miles (3 km) west of Glastonbury, that dates back to the Bronze Age. Centwine was the first Saxon patron of Glastonbury Abbey, which dominated the town for the next 700 years. One of the most important abbeys in England, it was the site of Edmund Ironside's coronation as King of England in 1016. Many of the oldest surviving buildings in the town, including the Tribunal, George Hotel and Pilgrims' Inn and the Somerset Rural Life Museum, which is based in an old tithe barn, are associated with the abbey. The Church of St John the Baptist dates from the 15th century.

The town became a centre for commerce, which led to the construction of the market cross, Glastonbury Canal and the Glastonbury and Street railway station, the largest station on the original Somerset and Dorset Joint Railway. The Brue Valley Living Landscape is a conservation project managed by the Somerset Wildlife Trust and nearby is the Ham Wall National Nature Reserve.

Glastonbury has been described as a New Age community which attracts people with New Age and Neopagan beliefs, and is notable for myths and legends often related to Glastonbury Tor, concerning Joseph of Arimathea, the Holy Grail and King Arthur. Joseph is said to have arrived in Glastonbury and stuck his staff into the ground, when it flowered miraculously into the Glastonbury Thorn. The presence of a landscape zodiac around the town has been suggested but no evidence has been discovered. The Glastonbury Festival, held in the nearby village of Pilton, takes its name from the town.

Street is a large village and civil parish in the county of Somerset, England. The 2011 census recorded the parish as having a population of 11,805. It is situated on a dry spot in the Somerset Levels, at the end of the Polden Hills, 2 miles (3.2 km) south-west of Glastonbury. There is evidence of Roman occupation. Much of the history of the village is dominated by Glastonbury Abbey until the Dissolution of the Monasteries, and indeed its name comes from a 12th-century causeway from Glastonbury which was built to transport local Blue Lias stone from what is now Street to rebuild the Abbey, although it had previously been known as Lantokay and Lega.

The Society of Friends had become established there by the mid-17th century. One Quaker family, the Clarks, started a business in sheepskin rugs, woollen slippers and, later, boots and shoes. This became C&J Clark which still has its headquarters in Street, but shoes are no longer manufactured there. Instead, in 1993, redundant factory buildings were converted to form Clarks Village, the first purpose-built factory outlet in the United Kingdom. The Shoe Museum provides information about the history of Clarks and footwear manufacture in general.

The Clark family's former mansion and its estate at the edge of the town are now owned by Millfield School, an independent co-educational boarding school. Street is also home to Crispin School and Strode College.

To the north of Street is the River Brue, which marks the boundary with Glastonbury. South of Street are the Walton and Ivythorn Hills and East Polden Grasslands biological Sites of Special Scientific Interest. Street has two public swimming pools, one indoor which is part of the Strode complex, and the outdoor lido, Greenbank. Strode Theatre provides a venue for films, exhibitions and live performances. The Anglican Parish Church of The Holy Trinity dates from the 14th century and has been designated by English Heritage as a Grade I listed building.